Welcoming Lanchester
A Guide to Lanchester addressing Issues around Loneliness

The `Welcoming Lanchester’ Guide 2019 is a project which was originally initiated by the Patient Participation Group (PPG) of Lanchester Medical Centre.  It has been developed by a Working Group consisting of members of the PPG and the Lanchester Partnership.  It is supported by Mid Durham Area Action Partnership, Durham County Council Transformation and Partnerships and Lanchester Parish Council.

What is the Lanchester Loneliness Project and the ‘Welcoming Lanchester’ Guide?
It is a community initiative and the guide addresses issues around loneliness.  It provides information and aims to engage everybody in the community.  We hope to encourage everyone to make a difference by starting conversations and to attempt to tackle Lanchester’s loneliness.

What are the aims of the project?
To increase awareness and understanding about loneliness and provide information for residents. 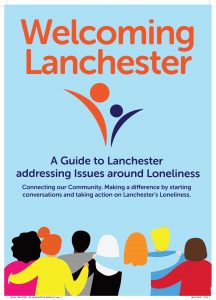 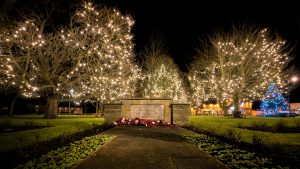 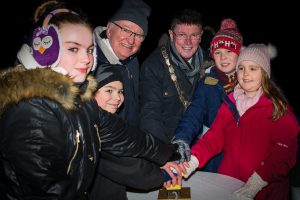 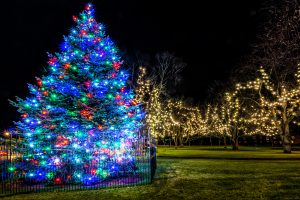 The Lanchester Community Heritage Audit was commissioned by Lanchester Parish Council.  The Heritage Audit was carried out by a group of volunteers from the local community with support from the North of England Civic Trust.  Sixty local residents attended a mapping session in January 2016 and over 200 ‘Heritage Assets’ were identified.  Assets identified included significant buildings, archaeological sites, industrial remains, key views and evidence of military activity over the years.  Following review 170 assets were confirmed.

A group of 20 volunteers were trained in field recording, basic assessment of condition, principles of heritage conservation and understanding the concept of significance.  The 20 volunteers worked over a 6 month period to record, describe and evaluate all assets.

The result of the work has been the production of a Lanchester Community Heritage Audit report, a gazetteer providing information on all the identified assets and a catalogue of photographs.

An event to present the Heritage Audit to the community took place on Saturday 18 March 2017. 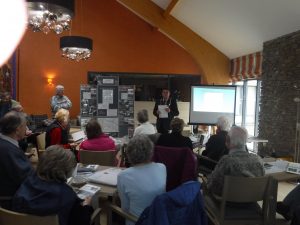 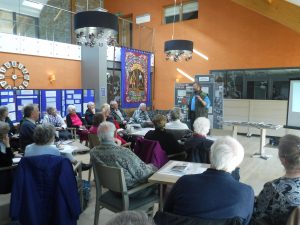 The full range of documents can be viewed at the Library, Community Centre, the Parish Council office at Lynwood House and the archive section at County Hall.

Copies of the Heritage Audit Report can be picked up from the Library, Community Centre, Post Office and Lynwood House. 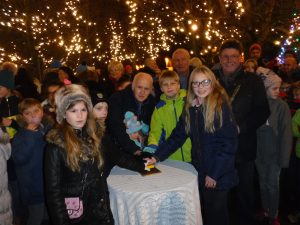 The Lanchester Community Emergency Plan was adopted in February 2016 and was the first community emergency plan to be adopted in the County.  Members of the community had been working on producing a Community Emergency Plan for some time supported by the Civil Contingencies Unit and Durham County Council.  The plan includes actions to inform key groups and organisations in the Parish in the event of an emergency, the use of equipment from the emergency sheds and opening of a number of safe rest centres.

Lanchester Parish Council is co-ordinating the preparation of a Neighbourhood Plan .  The Parish Council made the decision early in 2014 to commence the process of producing a Neighbourhood Plan.  Since then a working group of approximately 20 people including community representatives have met regularly to progress the plan  A Neighbourhood Plan is a document which will guide development, regeneration and conservation within our Parish over future years.  The Neighbourhood Plan will set out the views of our local community in terms of planning issues and will contain a number of planning policies for the Parish.  Once adopted, Durham County Council will have to consult the Neighbourhood Plan when making planning decisions in our Parish.  An early engagement questionnaire was administered early in 2015 which identified key themes and issues.  This was then followed by a more detailed topic based questionnaire, administered early in 2016 which identified draft vision and objectives.  Work is now continuing to develop policies for the plan.

In 2013 the lights on the 7 large trees on the Village Green were replaced with new LED energy efficient lights.  A grant of £18,000 was secured to enable the works to take place.  The old lights were approximately 12 years old and it was necessary to replace them to continue the lovely festive display in the village.  In 2014 the decision was taken to also replace the lights on the main Christmas Tree.

The light switch on took place on Saturday 29 November 2014.  Several hundred people turned out to see the switch on.  The event included music from Lanchester Brass Band and Lanchester Choral & Operatic Society.  The children received a free gift, sweets and a drink whilst the adults enjoyed mulled wine and cakes and mince pies.  The lights look fabulous and really set off the Village Green.

The banner was returned to Lanchester in 2012 under the custodianship of Lanchester Parish Council. 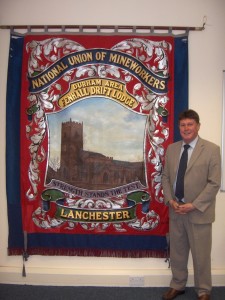 The banner was made in 1960 and carries illustrations of the Parish Church on one side and a Roman figure and Miner on the other side.  Following the closure of the mine in 1963, the banner was relocated to several communities across County Durham.  The banner is owned by Durham Miners’ Association and was retuned to Lanchester in 2012 under the custodianship of Lanchester Parish Council.

Lanchester Miners’ Banner Group was formed in 2012.  They raised over £24,000 and during 2013 and 2014 delivered a comprehensive community project which has included:

The celebration event took place on Friday 27 June 2014.  The road was closed to traffic and the banner led by representatives from the Churches and by Lanchester Brass Band and accompanied by several hundred school children marched along Front Street to the Village Green.  On the Village Green there was a display of maypole and traditional miners’ rapper dancing. In addition music was provided by Lanchester Brass Band and St Bedes School.

2012 saw further improvements being made to the village green.  This formed phase two of the development following the successful introduction of the path in 2011.  Improvements included tree planting, tree works, planting wild flowers, hedge laying, litter bin and seat replacement and the installation of wood carvings along the route of the path. 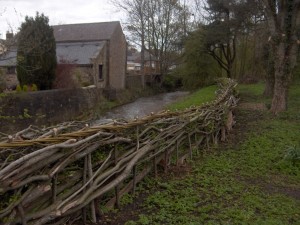 A celebration event on 27 April 2012 was attended by all three local schools and members of the community.

The launch of the Lanchester Wildlife book took place on Saturday 17 March 2012.  The event attracted hundreds of people and Professor David Bellamy OBE, Mrs Pat Glass MP and Councillor Ossie Johnson officially launched the proceedings.  This fabulous publication was written by a group of dedicated volunteers with support from the Parish Council Development Officer.  Copies of the book can be picked up from the Library, comunity venues and from the Parish Council Offices at Lynwood House. 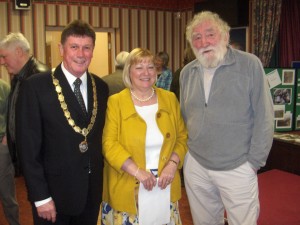 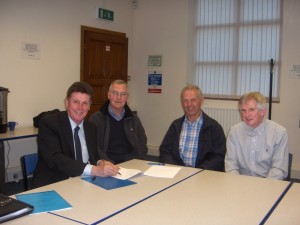 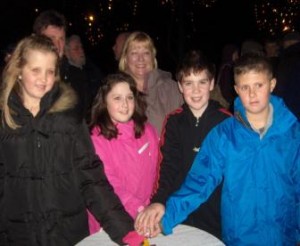 A celebration event was held on Thursday 9 June 2011 to officially launch the new facilities on the village green.

The Village Green is at the heart of Lanchester village and the project has been developed following consultation with the community.

The project includes the introduction of a recreational path along the side of the burn.  The sinuous path approximately 330m long, links the existing unused seats on the green and connects to paths at the top and bottom creating a circular path around the village.  Further developments include surface improvements to an area beside the church, the installation of a Parish Council information board and circular tree seat on the main green to encourage people to sit and enjoy the beautiful surroundings. 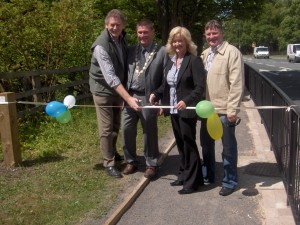 The project was completed at the end of May 2011.

The launch event was attended by children from the local promary schools who were the first to officially walk the circular path.  In addition, children from Lanchester EP Primary School gave a fabulous demonstration of Maypole dancing.  Many members of the community attended the event and enjoyed the dancing and refreshments on offer.

The Parish Council have led on the project and provided funds for the development.  In addition a grant of £15,200 has been funded by County Durham Environment Trust from funds received under the Governments Landfill Communities Fund, from the Premier Waste Management Company.  A 10% contribution of £1500 was made available from local business Lanchester Dairies. 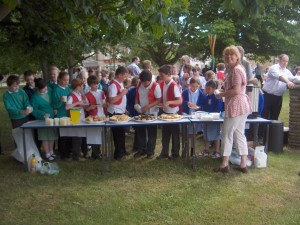